Prospects of foreign investors in international arbitration against Ukraine 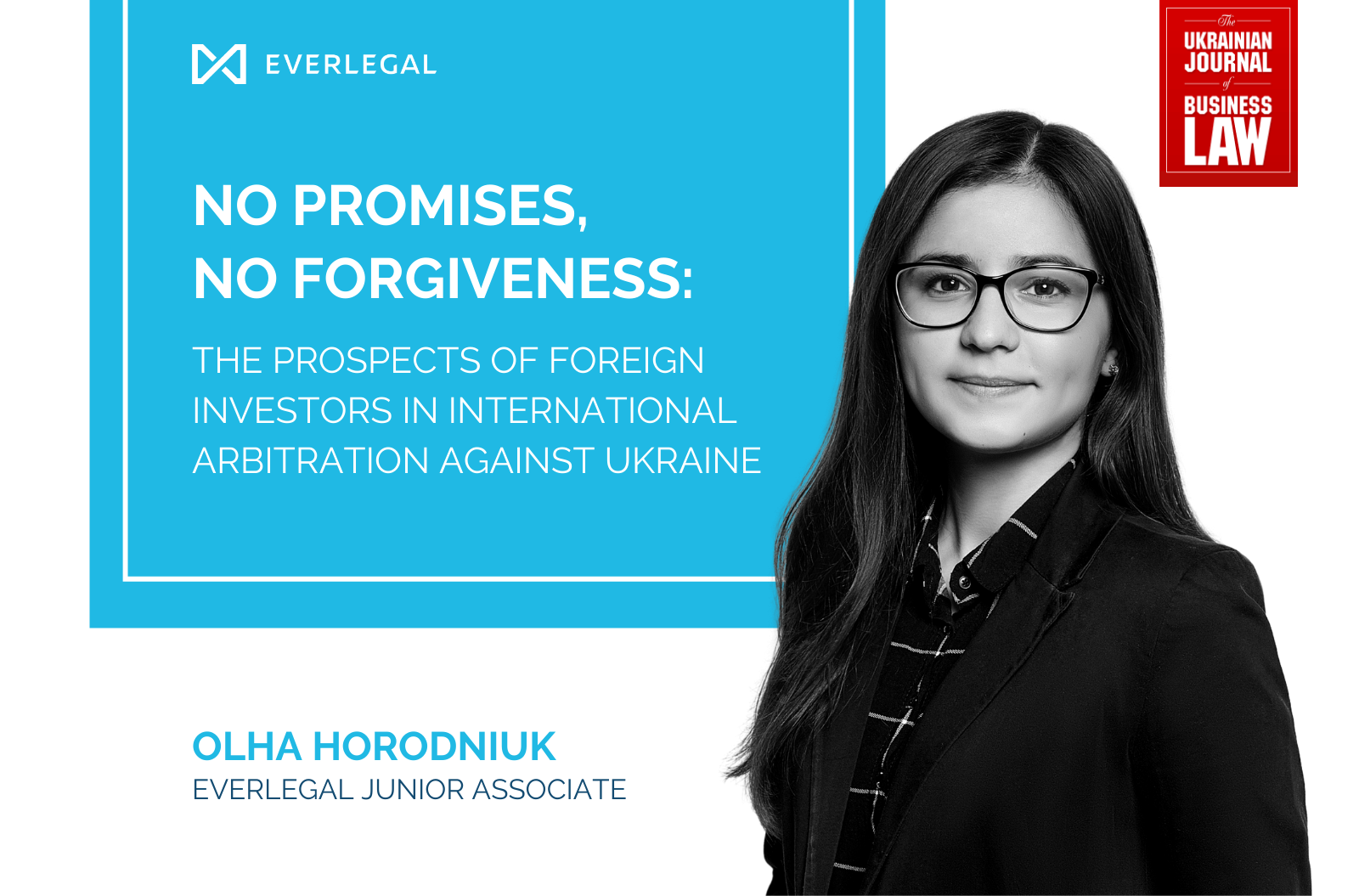 Over the past few years, due to establishment of favourable conditions for the development of the renewable energy sector, the number of Ukrainian electricity producers from renewable energy sources (RES) has rapidly increased. Also, numerous investments have been attracted into the RES market.

However, as of now, an open question remains as to whether such favourable conditions justify the goals and whether they eventually appeared to be burdensome for Ukraine.

Read about the prospects of foreign investors in international arbitration against Ukraine in the article by Olha Horodniuk, EVERLEGAL Junior Associate, for The Ukrainian Journal of Business Law below or at the link. 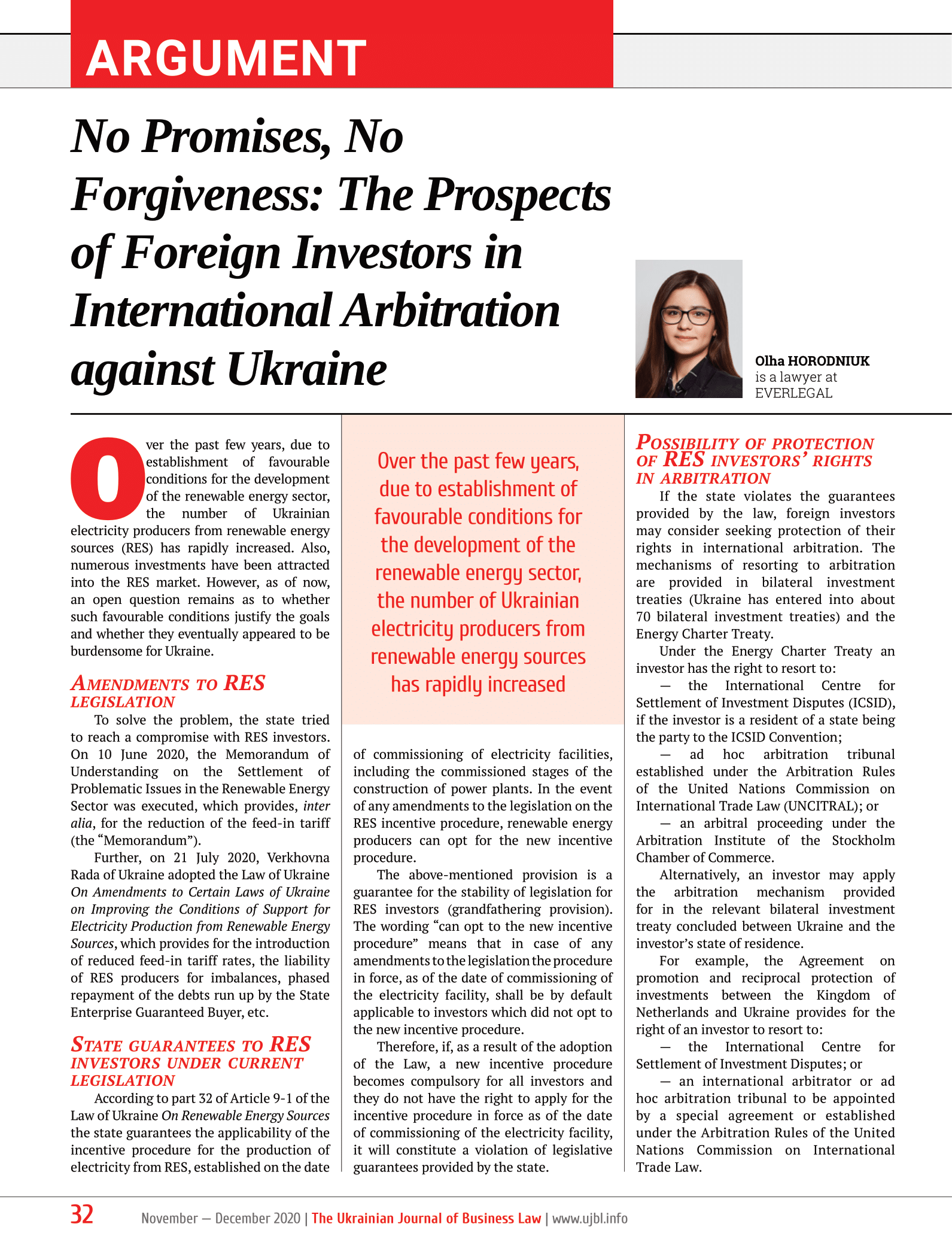 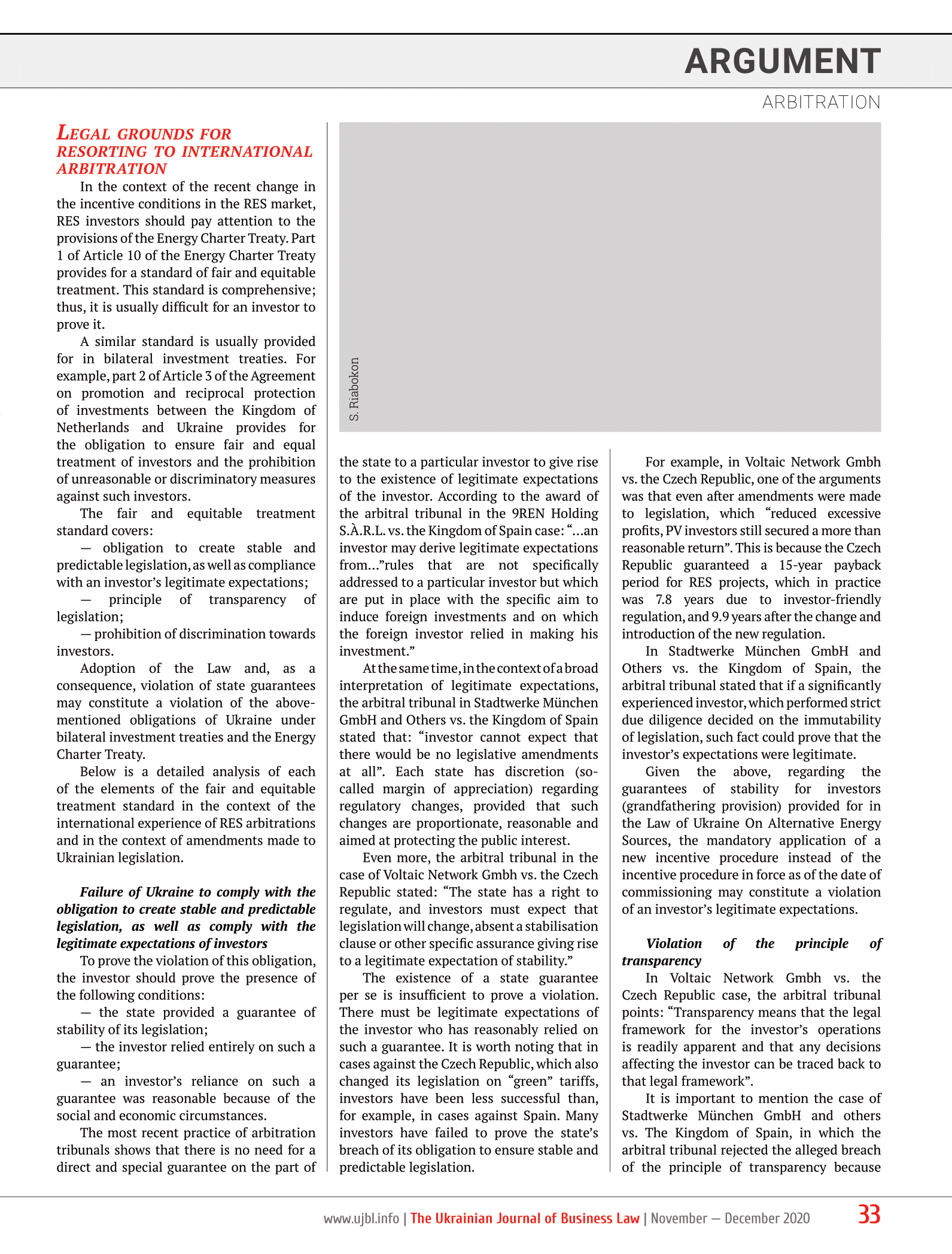 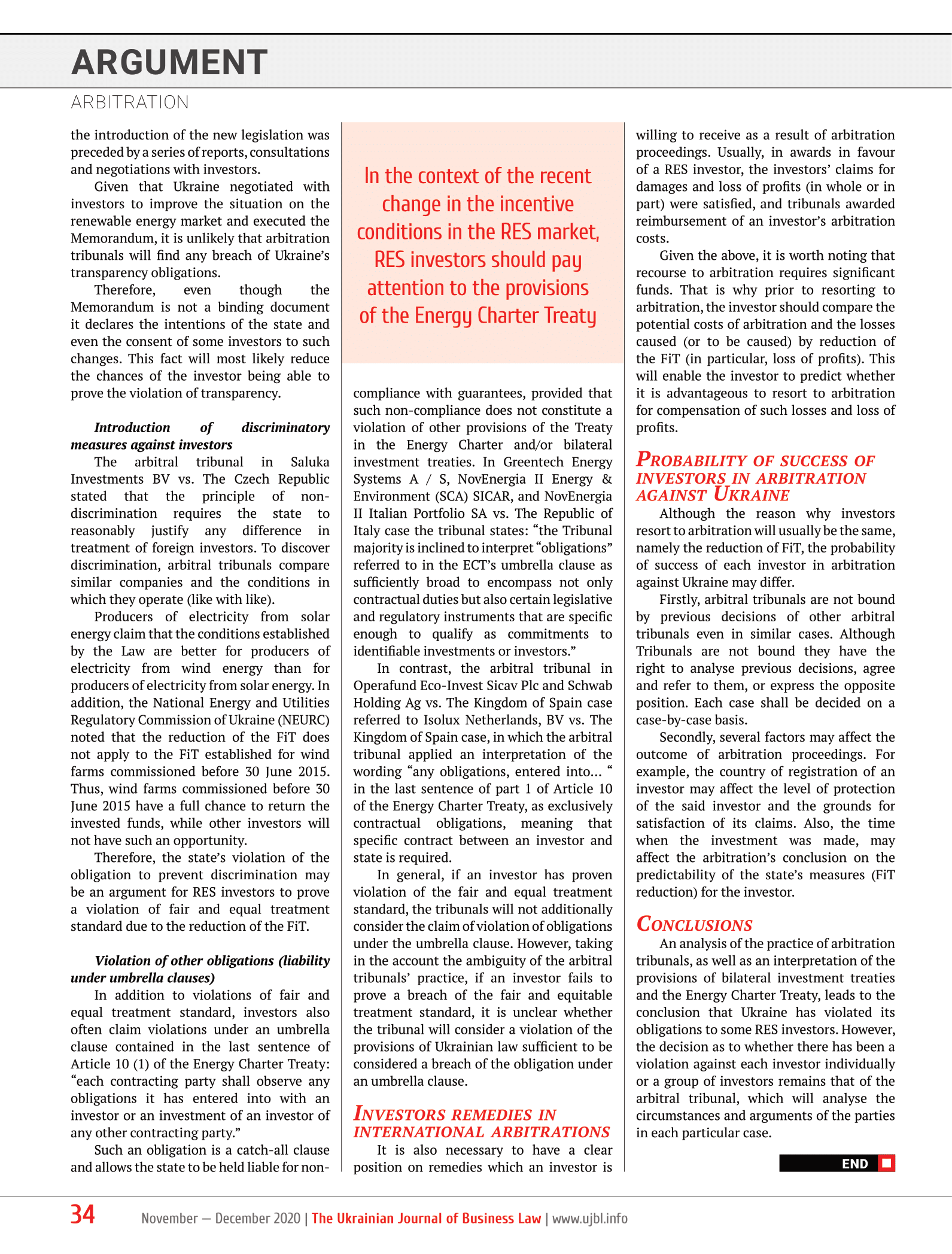