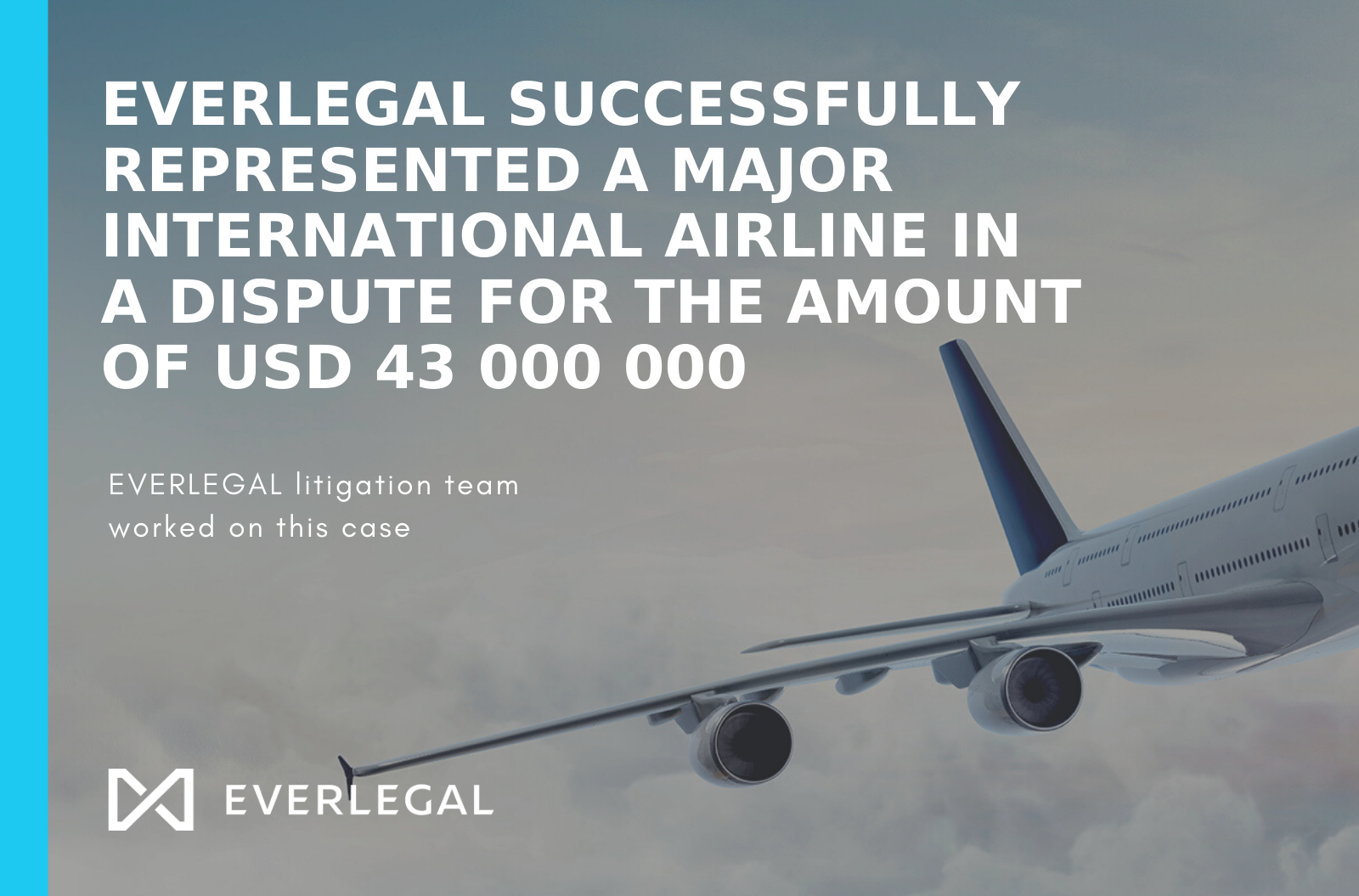 This week, EVERLEGAL won a court dispute on the collection of more than $43 million in favor of a major international airline.

The complexity of the case was in its unsuccessful consideration by the Commercial Court of Kyiv region since 2013.