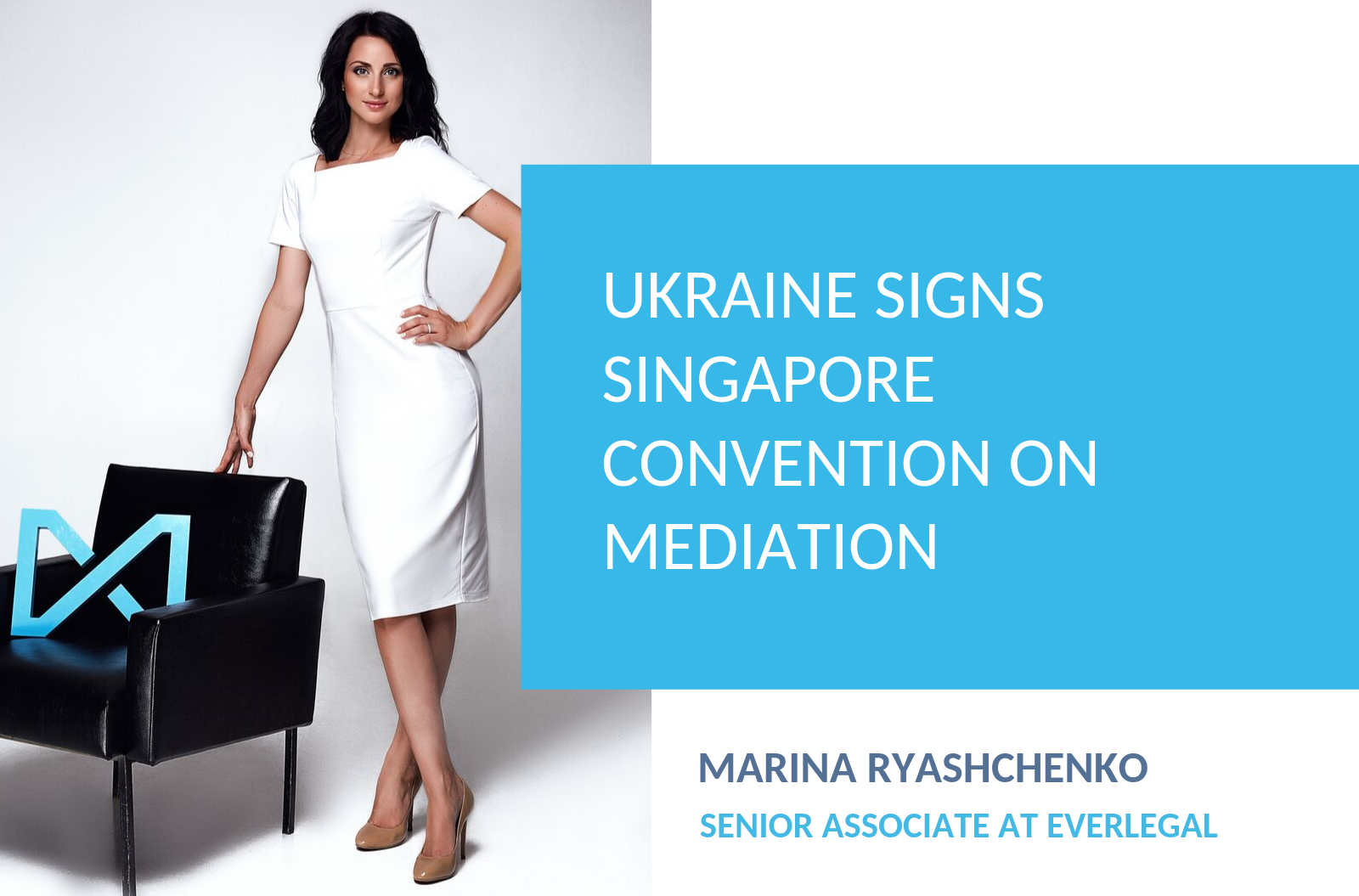 In the latest issue of What's On Kyiv magazine, Marina Ryashchenko, Senior Associate at EVERLEGAL, shared about Ukraine's accession to the Singapore Mediation Convention.

Read the article below or on What's On Kyiv website, issue 25, page 12

Information about the author:

Marina Ryashchenko - Senior Associate at EVERLEGAL, focuses on International Arbitration and Cross-border litigation. To find out more about Marina follow by the link

Until recently in Ukraine (as well as in other post-Soviet states) mediation as dispute resolution mechanism was far from being popular, yet even, was not considered when it came to a dispute. The reasons for such reluctance lie, probably, in lack of trust, guaranties and understanding of what to do next once the settlement is reached. But, this August wind of change blows from Singapore.

Singapore Convention gives guaranties for the parties that the settlement agreements reached by them in the course of mediation will be recognised and enforced in Member-States. Thus, if a party to a commercial dispute has a settlement agreement reached by mediation, it may refer to the Singapore Convention to prove that the dispute is resolved while applying to a court for its enforcement and the dispute will not be reconsidered on merits.

Hopefully, Singapore Convention will promote mediation as effective tool for dispute settlement, which, by the way, can be more time- and cost effective if compared to court and arbitration proceedings.