EVERLEGAL acted as a legal partner of UNIT.City in an EUR 50 million finance contract with EIB 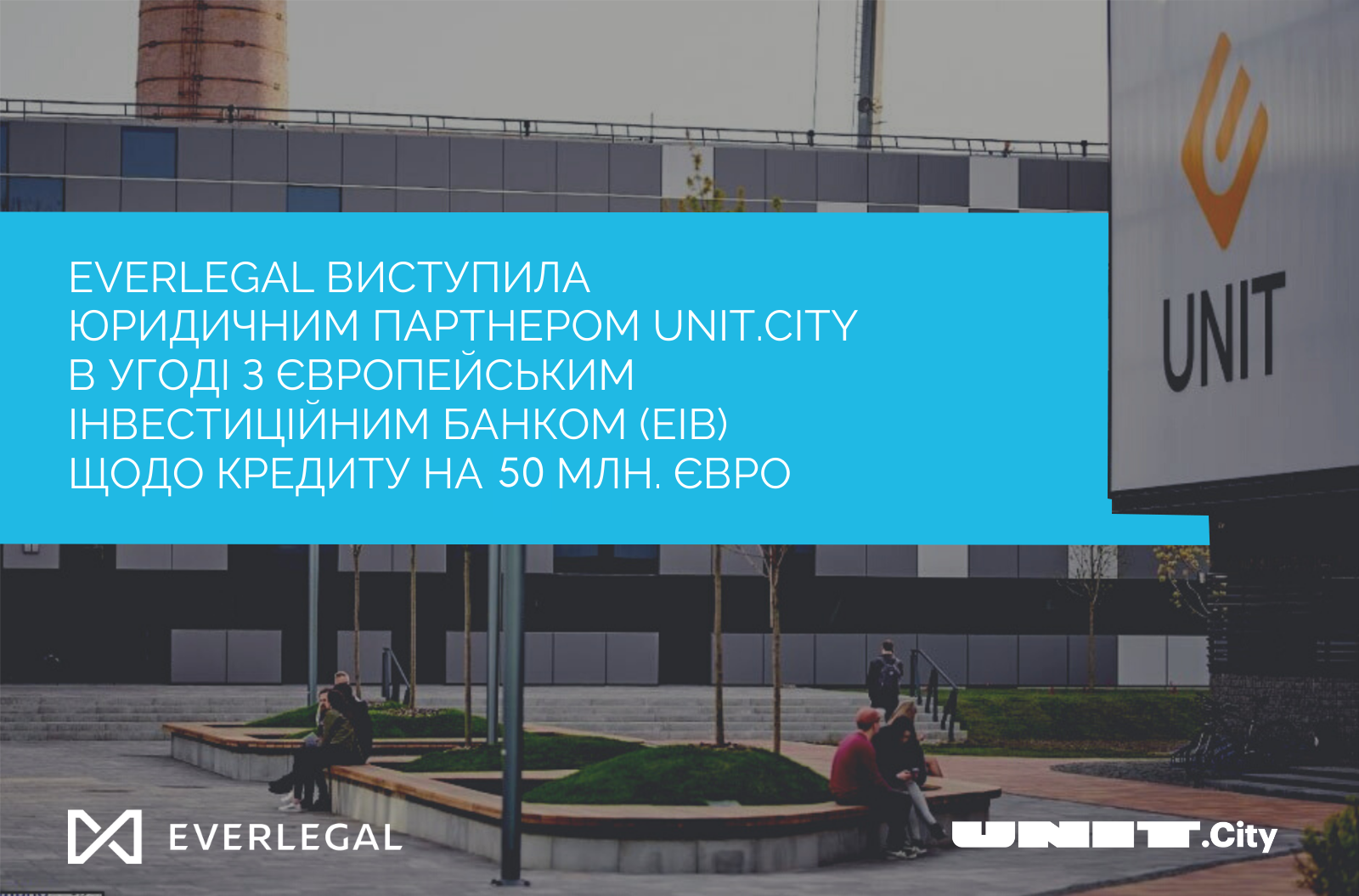 EVERLEGAL acted as a legal partner of UNIT.City in an EUR 50 million finance contract with the European Investment Bank (EIB).

On 1 July 2020, the first innovation park in Ukraine, UNIT.City, announced the signing of the finance contract with the European Investment Bank (EIB), which will provide a loan in the amount of EUR 50 million for the purposes of UNIT.City development.

This agreement will help to create one of the largest innovation centers, which will combine specialised infrastructure with an innovative ecosystem for IT and technology companies in Central and Eastern Europe.

EVERLEGAL team supported the process of attraction of financing for UNIT.City at all stages of negotiations and execution of the transactional documents. EVERLEGAL also provided the comprehensive legal support to UNIT.City during the due diligence process conducted by the European Investment Bank on the project and advised the client on certain aspects of providing security in accordance with specifics of Ukrainian law.